Labradorite: The Dragon's Heart, The Ancient Healer & The Spiritual Stone

Linked to the glimmering gold and green lights of the Aurora Borealis, the Labradorite stone is as mystical as its iridescent changing colors suggest.
Also known as the Dragon's Heart, born from the storms of the Northern Lights, and found in Canada’s Labrador region, the healing properties of this healing crystal are all about tapping into your own wonderful well of creativity and connecting with the higher consciousness of the universe.

WHAT IS LABRADORITE STONE? 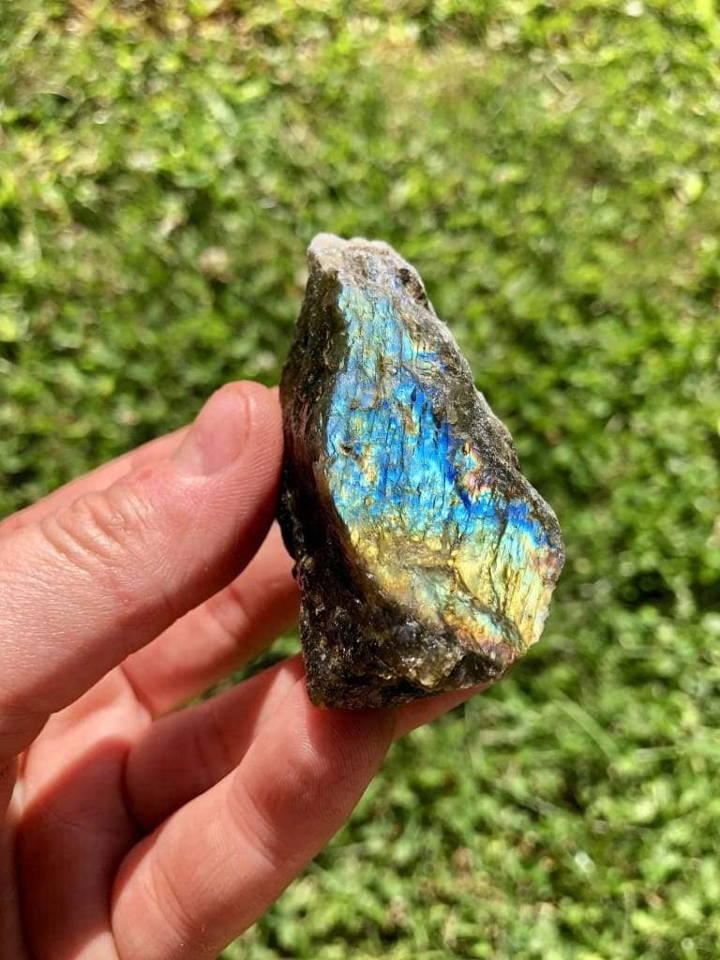 Labradorite is a stunning and rare Feldspar mineral, known for its play of beautiful and lustrous colors like those of the rainbow.
Named after a region in Labrador, Canada, where it was discovered in 1770 by Moravian missionaries, this powerful stone continued to emerge in other parts of Canada and all over the world, including the United States, Mexico, South America, and Norway.
In Finland, the Spectrolite (an uncommon variety of labradorite) was found by a sheer accident while a defense line was being built in the eastern border during World War II.
Since then, Labradorite is not only considered to be one of the most beautiful stones found on this Earth’s surface, but is believed to carry a spiritual significance due to the uncommon circumstances of its appearance - just imagine, a magical stone unfolding amidst the war, a true gift of nature and the universe during tough times.

THE HISTORY OF LABRADORITE STONE
& THE DRAGON'S HEART

The labradorite is a stone that is dearly loved by shamans and those who seek the universe to find their destination towards spirituality.
The labradorite stone and the dragon symbolism is yet another powerful combination.
The symbol of the dragon’s shape-shifting abilities is comparable to a shaman’s command over the elements and could be well aligned with the labradorite’s power that intensifies intuition and enhances psychic abilities, making it great for working with the third eye chakra.
Dragon’s heart stone is a powerful combination that can be used to connect with one’s higher consciousness, intuition, and to channel a person’s capability and ability to communicate with the spirit world. 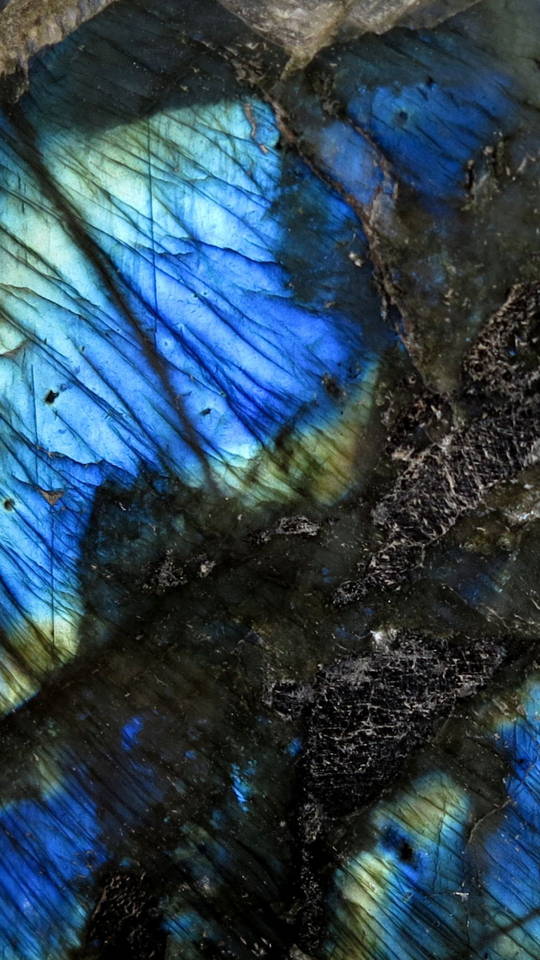 THE healing benefits OF LABRADORITE

Labradorite diffuses a predominant blue crystal energy that stimulates the throat chakra, the voice of the body. It is, in essence, a pressure valve that allows the energy from the other chakras to be expressed.
With its ability to clean, balance, and protect the aura, it is widely used in crystal healing therapies.
The labradorite’s metaphysical properties work well with the crown chakra, and it calms the mind by relieving stress and anxiety and balances the energy flowing through our body.
A great tool to boost intuition, the stone can be used by placing it into the third eye chakra which could help you deepen your meditation.
Aside from the labradorite’s benefits and its mesmerizing beauty, it is also the best stone to temper down the negative and helps calm overactive mind and energies.
One of its known power is to protect the aura by creating a barrier that holds the energy in, where elemental forces are enhanced but at the same time kept in balance — a great tool to bring back joy, peace, and spontaneity into one’s self and life.

Tapping into our own magic sometimes requires a little nudge from the outside world and this is exactly what Labradorite desires for you. One glance at its Aurora Borealis brilliance and the hypnotic color schemes swirling beneath the surface of this Stone of Magic and you will be smitten.
Even if you are just looking for a beautiful stone that gets your creative juices flowing, Labradorite is ever ready to be your muse.
If you'd like to carry the healing effects & stunning looks of Labradorite Stone in one all-natural stunning pendant, checkout our new Labradorite Braided Pendant: 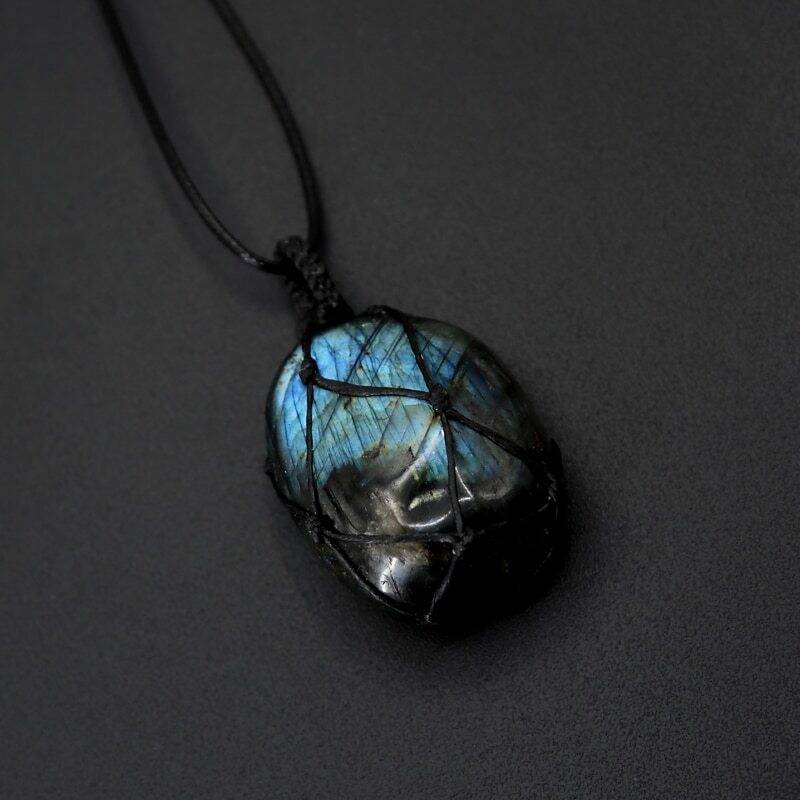 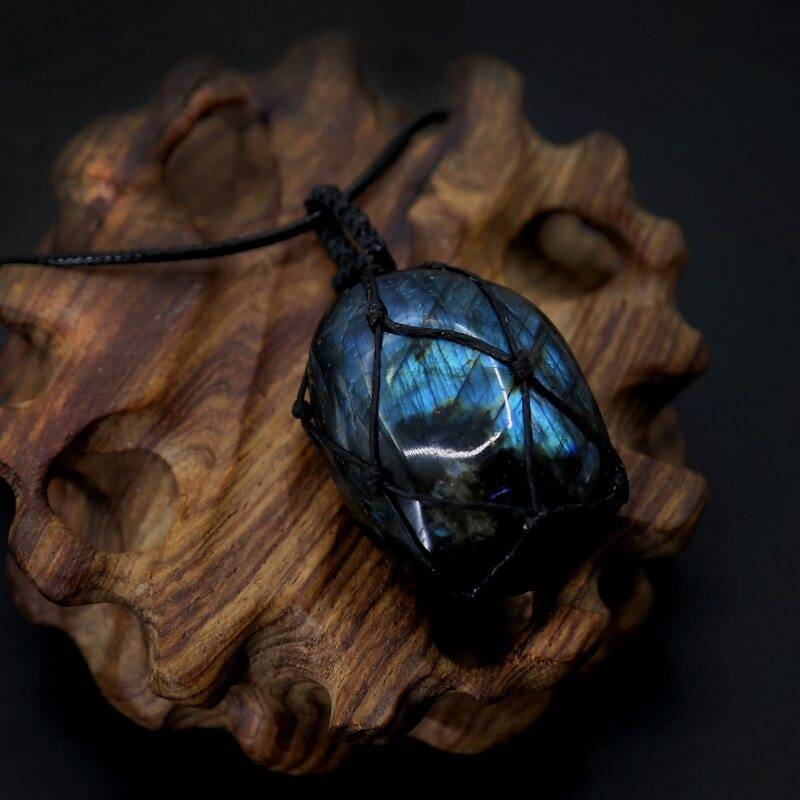 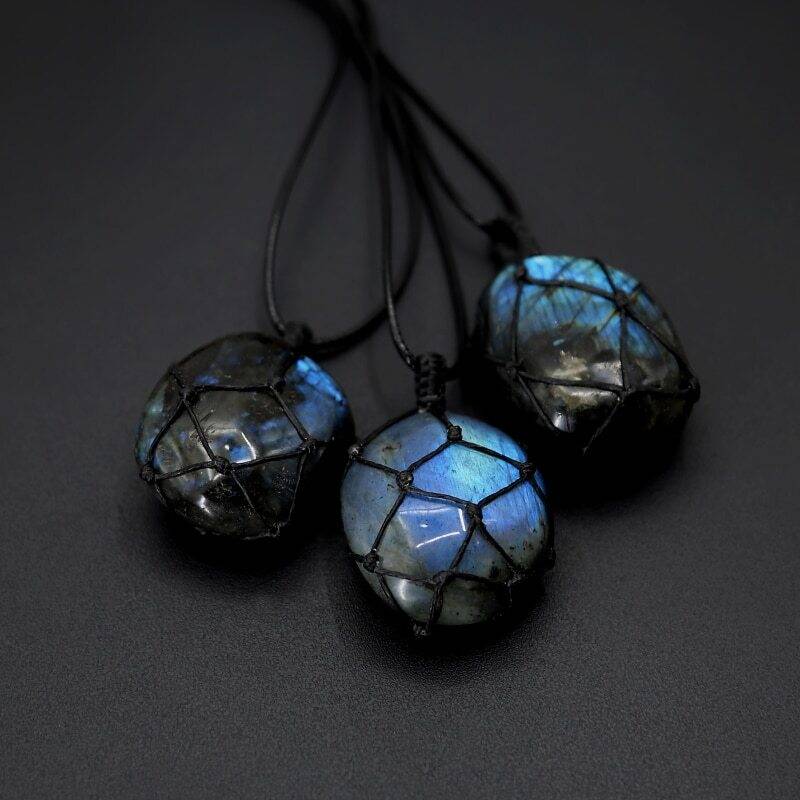 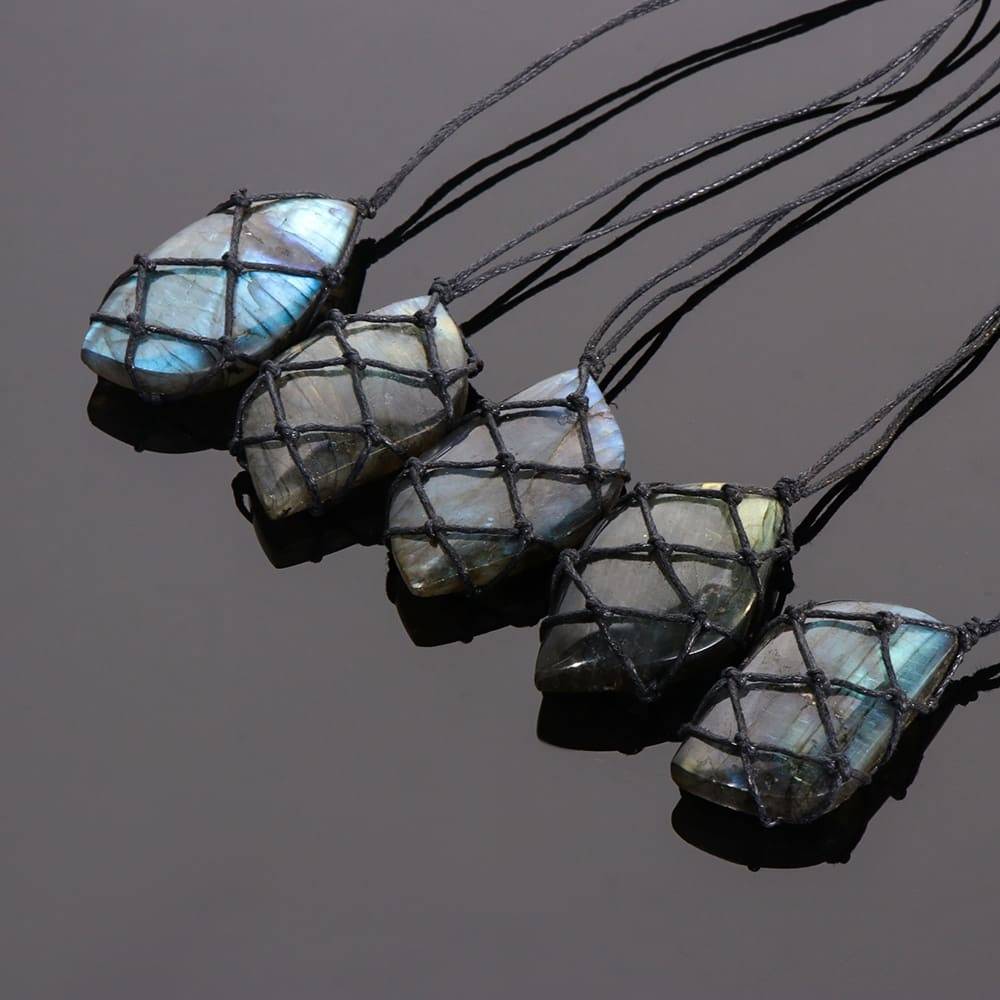